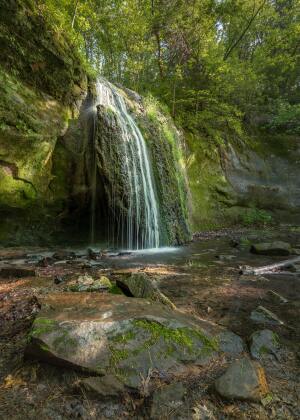 Bear Golightly, 42, of Newport, passed away on Wednesday, July 20, 2022 at ECU Health in Greenville, NC due to complications following a cardiac event. He had recently moved to Newport, NC to be closer to his family, but had previously resided in the suburbs of Nashville,TN.

Bear was born on December 19, 1979 in Nashville, TN to Conrad and Sara Golightly. Bear graduated from Hillwood High School in 1998 and spent his 20+ year career working in the fields of information technology, networking, and DevOps engineering.

Growing up, Bear enjoyed a range of activities, including youth soccer, violin, and Boy Scouts, where he achieved the rank of Eagle Scout. Bear and his brother developed a strong interest in technology and video gaming from an early age, and these interests remained present throughout Bear’s lifetime in his career and his hobbies. Over the years outside of his technology career, Bear enjoyed his pet cats, games with friends, and mixing, producing and performing dance music as a DJ. He is remembered for his love of spicy cuisine, his sarcasm
and dark humor, and his mischievous grin.

Bear was a unique individual. He loved all cats, and a select few people. His strongest qualities often tested the boundaries: he was brilliant and innovative, if sometimes unconventional; he was transparent and honest, occasionally direct to a fault; and he was incredibly headstrong and, admittedly, opinionated. But he was also a deeply caring and ultimately a very sensitive soul. The result for those fortunate enough to call him family, friend or colleague was a relationship that was sometimes turbulent, but always rewarding.

Bear is survived by his parents, Conrad and Sara Golightly; his brother, Jim Golightly (Emily Golightly); his niece Maggie Golightly; and his nephew, Jude Golightly.

The family will host an informal celebration of life on Friday, August 5th from 5:30 PM to 8:00 PM at the Blair Farm Clubhouse, 1600 Blair Farm Parkway, Morehead City, NC 28557. In lieu of flowers, please consider making a donation in his memory to the Carteret County Humane Society or your preferred charity.

To send flowers to the family or plant a tree in memory of Bear Golightly, please visit our floral store.

A Memorial Tree was planted for Bear