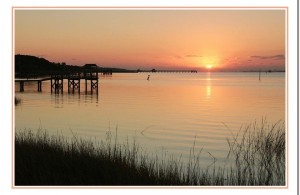 A mass honoring Carl’s life will be held at 10 a.m. Friday at St. Egbert Catholic Church with Monsignor John Wall presiding. Burial with military honors will follow at 4 p.m. in Our Lady of Guadalupe Catholic Church Cemetery in Newton Grove.

He was a 1965 graduate of Goldsboro High School where he played football for the GHS Earthquakes. Following in his father’s footsteps, Carl enlisted in the United States Marine Corps where he served in Vietnam and received a Purple Heart. When he left the Marine Corps, he married Paula and eventually they formed a real estate company, Nautical East. Carl and Paula mentored youth across Eastern North Carolina as youth leaders for the Catholic Church. They also found their passions in racing sailboats, traveling to Disney World and Key West. Of all his accomplishments, his greatest achievement was fathering their only child, Brian.

He has joined his beloved wife, Paula Stevenson, in the Kingdom of Heaven. He is survived by his son, Brian R. Stevenson and his fiancé Haley Cloyd of Charlotte; sisters and brothers-in-law Drs. Jeff and Linda Budd of St. Paul, MN, Dale and Lois Stevenson of Mississippi, and Donna Stevenson of Goldsboro; his mother-in-law Claire Baggett Walker of Mt. Olive; sisters and brothers-in-law Marty and Ann Anderson Brogden of Goldsboro, and Elayne Kincade of Sleepy Creek; Mark Donathan Anderson of Wake Forest, Isaac Craig Anderson of Grantham, Clark and Pamela Anderson of Wake Forest, Tracy And Jill Anderson of Newport, NC, Reid and Brenda Anderson of Elm City; and many beloved nieces and nephews.

In addition to Paula, he was preceded in death by his parents Norman and Louise Stevenson and brother-in-law Geoi Anderson.

The family will receive friends from 6 to 8 p.m. Thursday, Nov. 18 at Noe-Brooks Funeral Home.

To send flowers to the family or plant a tree in memory of Carl R. Stevenson, please visit our floral store.