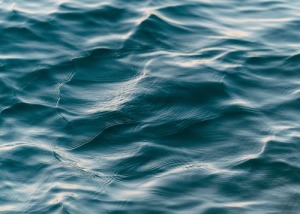 Charles C. Hutton, Jr. passed away in his home in Morehead City on September 13, 2022 following a brief illness.  He is survived by his wife of over 65 years, Joanne Harper Hutton, as well as his daughters, Sharon Hutton Wright of Charlotte, North Carolina and Lee Ann Hutton Peek of St. Mary’s, Georgia, as well as four grandchildren and four great-grandchildren.  Charles was predeceased by his son Chuck in 2017.   He is also survived by a brother, G. Thompson Hutton, of Chappaqua, New York, and a sister, Katherine Hutton Pierce, of Alachua, Florida.

Born in Greensboro, North Carolina, Charles served his country as a United State Marine, a service branch of which he was immensely proud.  Charles had a successful career with Motors Insurance Corporation, a General Motors affiliate. His job took him from the familiar environs of North Carolina to Chicago and Detroit.  He retired in his late 50’s and moved to Morehead City, where he and Joanne enjoyed living on Bogue Sound and navigating many boating journeys with friends and family.   He and Joanne shared many fond memories spending times with friends from the “Power Squadron” of Greensboro, North Carolina.

Charles was principled, a man of integrity, direct sometimes to a fault but, especially to those who knew him well, a softie at heart.  He had strong opinions on most anything but always was loyal and supportive of those who were dear to him.  He will be missed.

At Charles’ request, there will be no service of remembrance.  In lieu of flowers, memorials may be made to St. Jude Childrens Research Hospital or Shriners Hospitals for Children.

To send flowers to the family or plant a tree in memory of Charles Hutton, please visit our floral store.

A Memorial Tree was planted for Charles

You can still show your support by sending flowers directly to the family, or by planting a memorial tree in the memory of Charles Hutton
© 2022 Noe-Brooks Funeral Home and Crematory. All Rights Reserved. Funeral Home website by CFS & TA | Terms of Use | Privacy Policy | Accessibility