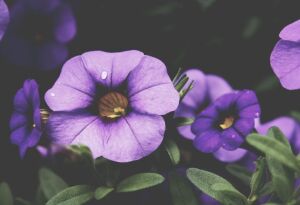 Christel Jarman, 48, of Havelock, passed away on Saturday, May 28, 2022, at Carolina East Medical Center.

A funeral service will be held 3:00 pm, Sunday, June 5, 2022, at Noe-Brooks Funeral Home Chapel. Visitation will be an hour prior to service.

Christel Jarman was a vessel of the Lord that arrived on Tuesday, March 12,1974 to Clarence Lydell Jarman and Jacqueline Ann Washington [Jarman] in Morehead City, NC at Carteret General Hospital. This same vessel of the Lord, Christel; was scheduled for departure and pickup on Saturday May 28th, 2022. She was a member of Christian Star during early childhood and had remained spiritually connected throughout her life. She attended Morehead City Elementary School and Morehead Middle School. She graduated from West Carteret High School in 1992. Christel went on to become a nail technician, a published author; then later became a nationally accredited personal trainer and owner of her own nail salon. Christel was a creative being with many gifts and qualities. She was a loving person that would embrace anyone; Christel never met a stranger. Her love for people was immense. Friends and family alike were given her undivided attention, she was a keeper of secrets, a listener of problems, an advisor to many and her concerns were always for everyone in her vast circle not herself. Christel was the epitome of selflessness, pure love, strength and undefined courage. She was a viking amongst men and a warrior amongst women, our champion of endurance because she endured.

She loved the beach and traveling. Her greatest joy and accomplishment was motherhood.
Christel was preceded in death by her mother, Jacqueline Washington, brother Clarence Jr., Grandparents Annie Lee and Ardell Jarman and Grandfather Charles Dunn. Many friends and family members who are gone but not forgotten.

To send flowers to the family or plant a tree in memory of Christel Jarman, please visit our floral store.

A Memorial Tree was planted for Christel