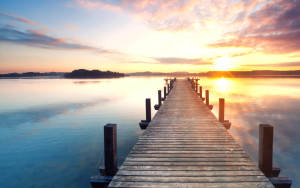 Harold Hugh Lail of Morehead City, passed away on December 15 after a long, courageous battle with Alzheimer’s. He was 83. He is survived by his loving wife of 55 years, Rebecca (Becky) Johnson Lail; his daughter Jennifer Medlin (Jeff) of New Bern; son Matt Lail (Charity) of Raleigh; five grandchildren: Meredith Hardeman (Ross) of New Bern; Allyson Medlin of Asheville; and Siena, Britain and Roman Lail of Raleigh. He was preceded in death by a son, Harold Hugh Lail Jr.; his parents James and Lona Lail; his brother Winfred Lail; and his sisters Ruby Lail and Myrtle Hyatt.

Harold was born in Catawba County. He proudly served in the US Army. Following his service, he graduated from Lenoir-Rhyne College in Hickory. After graduation, he taught in the Charlotte-Mecklenburg School System for two years. It was there where he met – and successfully pursued – Becky. He then went to work for Bank of North Carolina (later NCNB, NationsBank and Bank of America) where he enjoyed a stellar career, beginning as an adjuster and eventually retiring in 1998 as a senior executive. His banking career allowed the Lails to call various places in North Carolina home: Statesville, Jacksonville, Kinston, Jacksonville (again), Dunn and finally Henderson. They made great lifelong friends in every stop along the way.

After retirement, Harold and Becky retired to the Crystal Coast, an area they enjoyed together for 41 years. Their homes – beginning in Salter Path, then Atlantic Beach, Pine Knoll Shores and then Morehead City – became the hub of their family. Harold found great joy in walking along the beach and watching his grandchildren play in the ocean. He and Becky made tremendous friends that were sources of strength in his final years.

Harold made an impact in every community throughout his life. His list of organizations and associations are too numerous to list and they cross the spectrum of community involvement. He was a builder of Kiwanis Clubs all over North Carolina, and he served as Lt. Governor for the District 11. (His perfect attendance is legendary.) He supported the American Heart Association for five decades; he served on the State Board of Directors from 1977-89 and was named a Life Member in 1995. Even after leaving the teaching profession, he continued to be an advocate for education. He served on boards for Lenoir Community College, Coastal Carolina Community College, the Triton High School Advisory Board and Booster Clubs, and as Co-Chairman of the Adopt-A-School Program. He was named the Jacksonville Community Man of the Year in 1978 and was awarded the Governor’s Award for Outstanding Volunteer Service Award by Gov. Jim Hunt in 1995. In 1996, he helped form the Harnett County Minority Economic Development Association, from which he was presented the Partner for Progress Award. Harold was also a loyal member of the First United Methodist Church in Morehead City.

An avid lifelong sports fan, Harold worked as a high school basketball referee for more than 50 years. In 1997, Lail was honored for Distinguished Service for Contribution to the NC High School Athletic Association (NCHSAA), and in 2003, he was selected to officiate the NCHSAA Basketball Regionals, a well-deserved post reserved for the best. He also coached little league baseball, leading all-star teams to state finals and being inducted into the Tar Heel Baseball Hall of Fame in 1997. (He will forever be known as “Coach” to hundreds of kids.) Harold was a loyal NC State Wolfpack fan, even serving in county leadership roles for the Wolfpack Club. But he didn’t discriminate; he loved all sports: basketball, football, baseball, NASCAR, golf and more. He would even watch the Tar Heels or the Blue Devils, if State wasn’t playing.

Harold also loved honey buns and orange Sunkist. But he loved nothing more than his family, which misses him dearly. He and Becky traveled all over eastern North Carolina to watch dance recitals, basketball games, soccer games, graduations and anything else that involved his children or grandchildren. He was also famous in the family for imploring his kids and grandkids to “behave,” which was funny because they (almost) always do, thanks to his example of quiet strength.

A celebration and remembrance will be held at First United Methodist Church in Morehead City on Tuesday, December 21 at 11 a.m. A private burial will follow.

The family is grateful to the staff at Crystal Bluffs Rehabilitation and Health Care Center for their care of him over the past year. Because of that, in lieu of flowers, the family asks that donations in his memory be made to the Alzheimer’s Association or the American Heart Association.

To send flowers to the family or plant a tree in memory of Harold Lail, please visit our floral store.

You can still show your support by sending flowers directly to the family, or by planting a memorial tree in the memory of Harold Lail
Share a memory
© 2022 Noe-Brooks Funeral Home and Crematory. All Rights Reserved. Funeral Home website by CFS & TA | Terms of Use | Privacy Policy