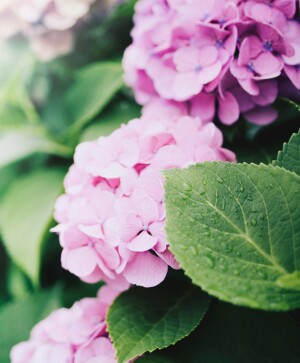 A Funeral Mass will be held at 10:00 a.m. Friday, May 13, 2022, at St. Egberts Catholic Church of Morehead City with Father Ryszard Kolodziej officiating. Interment will be private.

She was an educator, singer, musician, dedicated community volunteer, life-long Catholic, and a loving wife and mother. A curious world traveler, Jackie had an earnest love of people, cultures, and adventure. She traveled to Panama, Guatemala, Ireland, England, Spain, Russia, Yugoslavia, Italy, Australia, Indonesia, Japan, Cuba, Switzerland, Greece, Israel, New Zealand, France and China. Throughout her life, Jackie proved she could adapt and thrive in almost any place or situation. She embodied the belief that people could be anything, go anywhere, and do anything.

Jackie was born in New Orleans, LA on July 10, 1935. As a childhood polio survivor, which affected the growth of her left leg and spine, Jackie nevertheless loved to dance. She attended Louisiana State University and earned a BS degree in Elementary Education in 1958.

Following her college graduation, Jackie left the United States and headed to Central America to work as a school teacher for the United Fruit Company in Panama and Guatemala. In Guatemala, she met and married her husband William “Bill” Ford Hubbard (deceased), a geologist for Marathon Oil Company.

Jackie spent the next 20 years living overseas in Ireland and Australia with Bill, bearing and raising their children. Upon arriving in each new city, town or country, Jackie became socially active, singing in the local Catholic church choir and getting involved in community musical theater and dance activities. In Brisbane, Australia, this included a number of hilarious 70’s jazzercise routines that Jackie and her friends fearlessly choreographed and performed onstage to the delight and embarrassment of their families.

Jackie and her family returned to the United States, settling in Findlay, Ohio during the Blizzard of 1978, quite the frosty transition from mid-summer in semi- equatorial Brisbane. With her children now all school-aged, she enrolled in a graduate program for Special Education and worked as Resource Teacher in Findlay public schools.

After living and continuing her work as a teacher in Houston, Texas, Jackie and Bill retired to beautiful Beaufort, NC in 1988. An avid historian, Jackie was heavily involved with the Beaufort Historical Association (BHA) for many years, as a volunteer, staff member, and chairperson for the Apothecary. Jackie also served as a narrator for the BHA red double decker bus while Bill drove, often providing lively contributions to her narration.

During Jackie’s time in Beaufort, she was also involved in numerous other activities. She sang with the Carteret Chorale for many years and was thrilled to part of the group that traveled and performed in Russia and at Carnegie Hall. Jackie was also a guitarist and vocalist with the Irish folk band, Irish Cream. She was a proud Sweet Potato Queen and participated in many local events and parades, including the Friday Night 25 cent Shrimp Night crowd at Clawson’s, a decades-long tradition.

Jackie was a deeply spiritual person. She strengthened her commitment to God by becoming an Oblate of St. Benedict for the Abby of Mary Help of Christians, Belmont, NC at St Joseph’s Abbey, St. Joseph, MS in 1957. Throughout her life, she continued to serve the church, in a variety of roles, including working with refugees through Catholic charities, serving as a Marriage Encounter counselor, singing as both a Cantor and in the church choir, providing outreach as a Eucharistic Minister, and leading Bible studies.

Jackie was always open and eager to build friendships, wherever they might occur. She believed that friendship added meaning to life, and as such, worked to create and sustain deep, life-long friendships.

Jackie had a happy and enduring 52-year marriage to Bill, until his death in 2014. Jackie once wrote about her marriage, “… a fulfilling marriage includes a healthy combination of commitment, shared religion and goals, respect, and a good sense of humor.” Together, they are survived by children Nelia (Hubbard) Decker, Steve Hubbard, Michael Hubbard, Catherine (Hubbard) Tahaney, Teresa Hubbard, Mary Ann Hubbard, Liz Hubbard, Julie (Hubbard) Blackman, as well as 12 grandchildren and 5 great-grandchildren. Jackie’s good nature, humor, and enduring personality will be greatly missed by all those who have known her. God speed, Jackie. Your greatest adventure awaits!

To send flowers to the family or plant a tree in memory of Jacqueline "Jackie" Hubbard, please visit our floral store.