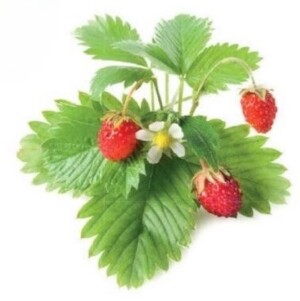 A memorial service will be held at 11 am, Saturday, June 25, 2022, at Bogue Banks Baptist Church in Atlantic Beach, NC with Pastor Stephen Bath officiating.

Pauly was born in 1933 to Ethel and Joseph Qualk in Sewickley, PA. Her parents lived in Coreopolis, PA until the beginning of WWII when her Father was transferred to Wilmington, DE with the Dravo Corp. There is where she grew up. Pauly graduated from Conrad High School and attained an Associate Degree from Beacom Business College. She lived in Wilmington, DE, until she married Dick Gainor and they moved to Jacksonville, NC. Dick was honorably discharged from the USMC and they came back to Wilmington to live and raise their two sons- Mark W. Gainor and Andrew J. Gainor. Dick rejoined the Marine Corps and Pauly stayed in Jacksonville, NC. Subsequently this marriage dissolved; 1970. She worked at that time at Base Materiel Battalion aboard Camp Lejeune. Four years after her first marriage dissolved, she married Capt. U. Lee Brown; they were transferred from Camp Lejeune (New River) to the Washington, DC area; where they lived in the Landmark area of Alexandria, VA. Lee was transferred back to Cherry Point, NC in 1986, and Pauly worked at the Supply Directorate aboard the Base. She retired there after 24 years of Civil Service and studied to be a realtor, which she became. After 20 years and a serious illness, she retired from real estate. Pauly is a member of the Bogue Banks Baptist Church; Martha Washington Chapter, Order of the Eastern Star in Alexandria, VA; the Crystal Coast Country Club; and the Pine Knoll Shores Women's Club. During her latter years, she was a volunteer at the Pine Knoll Shores Aquarium.

Pauly's beloved Lee, passed away in 2016 after 41 years of marriage. She is survived by Mark and Drew Gainor, and step children- -Lee Fitzpatrick, Dana Fitzpatrick, and Lisa Freeman; she leaves behind seven grandchildren and one great grandchild.

To send flowers to the family or plant a tree in memory of Pauline "Pauly" Brown, please visit our floral store.

A Memorial Tree was planted for Pauline