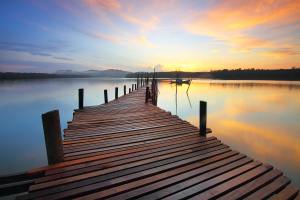 Robert “Andy” Andrew Therrell, or “R.A.T” to his fellow Marines and Colleagues, drew his final breath on August 12, 2021 at Carteret Health Care.

63 years young, Andy was a fun, happy-natured man. His family was forged unconventionally, through bond over blood, and he loved them fiercely. He leaves behind 5 sons, 8 grandchildren, and 3 great-grandchildren.

He is survived in death by: Son, Michael Paul Green, who he affectionately described as “brute”, but was truly his caregiver in his final years into his final hours; his daughters Brianna & Michaela and grandchildren William, Cerenity & Oaklee. Suave and debonair son, Mugsy Raup, and daughter-in-law, and in this writer's “non-bias” opinion, pistol of a woman, Christian; their children Hunter & Emma. Goofball who “surprised us all” son, Troy Raup and his beautiful life partner, Kara & their sweet Kenzie. Wildly handsome, exceptional son, Travis. First-born, Michael Andrew Thompson, who went off to sow his wild oats and never stopped; his children Demi, Ashlyn & Tyler. Granddog, and secret bestfriend, Rocky. His Sister Juanita and special friend Jan.

There was a 98% chance you would leave a conversation with Andy feeling better than when you arrived. 100% of the time, you would leave with what you needed from him. After being coined the “Miracle Man” by his care-team during a hospital stay in 2003, he considered every moment from that point forward “borrowed time”, and lived his life savoring & appreciating each one.

He joins his parents William & El Doris, his partner-in-crime, best friend, and sister Sheila, and many more on the other side.

Celebration of Life ceremony will be held in Newport @ The Green House, located at Carolina Garden Center, on Saturday, August 21st, from 5:30pm-6:30pm. Family & Friends are welcome. Attire will be casual, bright colors are encouraged, as were his expressed wishes.

Family will join together at a later time, in his send off to the seas. May his spirit watch over us from his recliner throne in the sky. He will be loved and missed, always.

In lieu of flowers, donations can be sent to the family's cash app: http://cash.app/$ChristianMugsy

To send flowers to the family or plant a tree in memory of Robert "Andy" Andrew Therrell, please visit our floral store.