Share a memory
Obituary & Services
Tribute Wall
Read more about the life story of Stephen and share your memory. 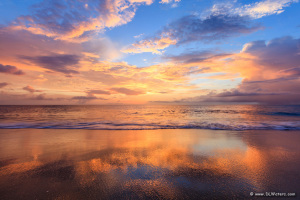 Stephen Craig Willard, “Coach Steve,” of Morehead City, NC, formerly of Richmond, VA passed away peacefully at the age of 65 on January 22, 2023 after a courageous battle with pancreatic cancer.

A Celebration of Life will be held on Friday, January 27, 2023 at 3:00 pm at St. Peter’s United Methodist Church.  The family will receive friends following the service at the church.

Steve graduated from Manchester High School in Richmond, VA.  An accomplished gymnast, Steve won three State Team Championships, Five Individual Championships, and was the All Around State Champion his senior year.  He went on to attend and compete at Odessa College, Ohio State University, and Louisiana State University where he was a four time NCAA All American and finished second in vaulting at the NCAA Championships.

After finishing his collegiate career, he dedicated his life to coaching gymnastics and diving.  His adventures as a gymnast and coach led him all over the world to include Saudi Arabia, the Philippines, Mexico, Portugal, Bahrain, Malaysia as well as across the US.  For the last ten years, Steve coached at Crystal Coast Gymnastics where Becca Marson, the staff, and kids became his family.

Steve loved the ocean and being on the water.  He dearly loved camping at the Cape and spent many hours on the water in his kayak and on his sailboat.  He made Morehead City his home and truly became a local.

Steve was preceded in death by the love of his life, Elaine Fauth, his parents Eddie and Shirley Willard, and brother, Jeff Willard.

He is survived by his brother, Chuck Willard (Pamela), his sisters, Karen Thomas (Al), and Kim Kruger (Jack), and his nephews Travis Kruger (Rachel), Danny Kruger, and Jake Thomas.

The family would like to sincerely thank his special extended family, Becca and Dean Marson and Diane and Larry Camp for their love and caring and Cindy Biehler for the care she gave that allowed him to stay in his home longer.  They send a truly heartfelt thank you to the Crystal Coast Hospice House for the compassionate care they provided during his final days.  They would also like to thank the many gymnastics families who visited in his last days allowing them to see just how beloved Steve was to so many.

In lieu of flowers, memorial donations may be made to the SECU Crystal Coast Hospice House.

To send flowers to the family or plant a tree in memory of Stephen Willard, please visit our floral store. 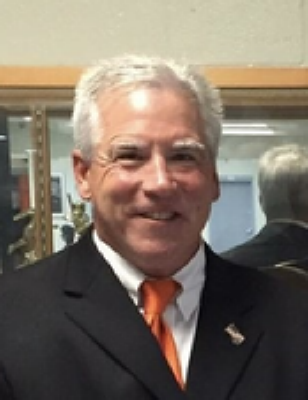 Look inside to read what others
have shared
Family and friends are coming together online to create a special keepsake. Every memory left on the online obituary will be automatically included in the book.

Look inside to read what others have shared

Family and friends are coming together online to create a special keepsake. Every memory left on the online obituary will be automatically included in the book.

You can still show your support by sending flowers directly to the family, or by planting a memorial tree in the memory of Stephen Willard
SHARE OBITUARY
© 2023 Noe-Brooks Funeral Home and Crematory. All Rights Reserved. Funeral Home website by CFS & TA | Terms of Use | Privacy Policy | Accessibility