Welcome to Noe - Brooks Funeral Home and Crematory located in the beautiful and historic town of Morehead City, NC. I, Chris Noe, have been a National Board Certified and State Licensed Funeral Director and Embalmer since 2004. Having worked for other funeral homes, it was always my dream to bring a funeral home back to my hometown of Beaufort where the Noes have lived since 1842. That dream was realized in 2013 and as of 2019, Noe Funeral Service is the only fully family owned and operated funeral home in Carteret County.

Like most local “mom and pop” businesses, we started small and continue to grow thanks to our community embracing us. Our reputation and service in Beaufort and DownEast quickly made us realize we needed to expand in order to better serve the families in Morehead City / Newport and western Carteret County. In June 2020, we purchased Brooks Funeral Home and Crematory to meet this growing need. In 1978 Bert Brooks, Sr. bought George W. Dill & Sons Funeral Home of Morehead City and changed the name to Brooks Funeral Home in 1982. The Brooks family, Bert, Sr., his wife, Jerri and their two sons, Bert, Jr. and Scott operated at the original Dill location until construction on the current location on Professional Circle was completed in 1987. In 2017, Jerri and Scott sold the funeral home to an out of state corporation who decided in 2020 that Carteret County would be better served by local family ownership. We are committed to honoring the Brooks legacy and history, therefore we chose Noe – Brooks Funeral Home and Crematory as our official name.

Noe Funeral Service remains in Beaufort and focuses on Beaufort, DownEast and eastern communities, and Noe – Brooks Funeral Home and Crematory focuses on the western communities. Myself, along with my dedicated staff, are able to fully meet your funeral service needs at either of our locations.

“Here To Serve” is not just a phrase to us; it is the core belief and driving force in all that we do.

Thank You for allowing us to serve this community. 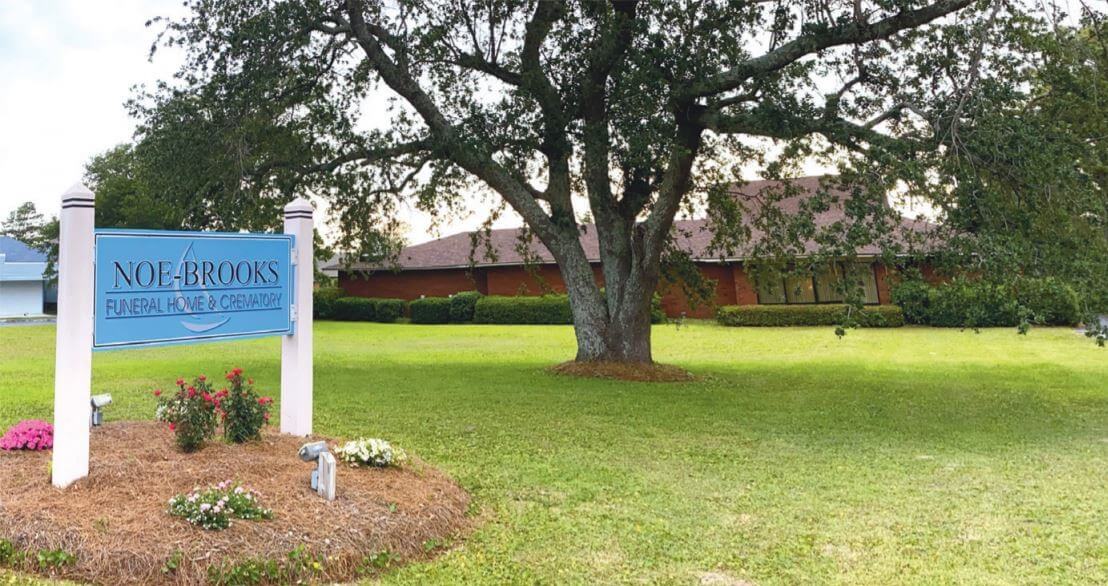 Pre-Arrangements
Have The Talk of a Lifetime